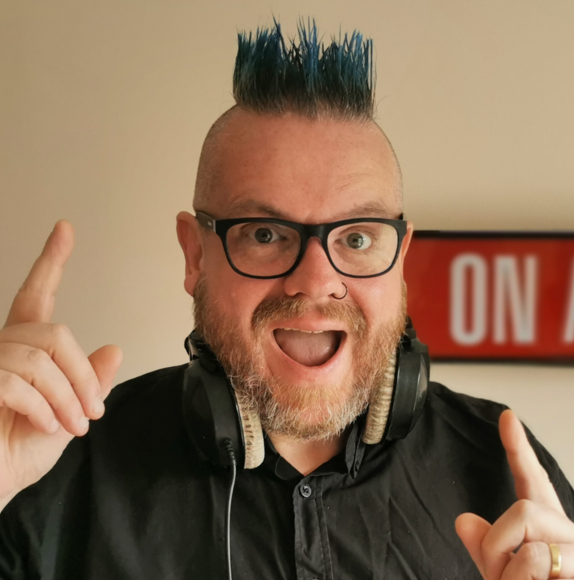 In May 2018 Jim was recruited as a forces broadcaster to present the Breakfast Show on BFBS Scotland.

​Having served time at BBC Radio Scotland, Northsound, Beat 106, Clyde 1, Forth 1 and XFM Scotland, Jim’s played a role in uncovering many of the most important bands around, including Oasis, Snow Patrol and Coldplay. The first person to play the likes of Biffy Clyro, Twin Atlantic, The Fratellis, Amy Macdonald and KT Tunstall on the radio, Coventry’s The Enemy have also credited Jim on several occasions for picking up on them while still unsigned.

​In April 2008 he was presented with the Radio Academy’s ‘John Peel Award for contribution to Music Radio’. Previous winners include Kenny Everett, Richard Park, Alan Freeman, Tony Blackburn, Steve Wright, Pete Tong, Chris Tarrant and John Peel himself (the award was renamed after his untimely death).

Jim is available to book for various types of events including club nights and gigs. He can host your gig, event or product launch and, being an accomplished DJ, can also perform a DJ set to fit the occasion.

We’re Woosh and we are…